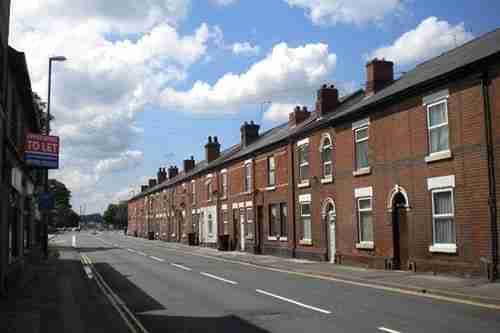 Rents have grown at the fastest rate in 16 years

New research published by the online real estate portal, Rightmove, has revealed that rental prices have grown at their fastest yearly rate in over 16 years.

Rents in London have also hit a new record of £2,257, having risen 15.8% year-on-year. These figures show that rents have increased by about 19% since the start of the pandemic in 2020.

These increases are an outcome of a shortage of available housing and an increase in demand. According to the findings, available properties have dropped by 26% while demand is up by 6% in the past year alone.

Although these figures look dim, Rightmove is optimistic about the future, predicting that the number of available listings will steadily increase for the remainder of the year. There have also been legislative actions by some councils to deter holiday lets and increase the number of homes available to rent.

Sharp increase in HMRC fines issued to landlords and freelancers

The number of fines issued by HMRC to freelancers and landlords spiked last year in a supposed attempt to close a £32bn tax gap.

According to The Telegraph, HMRC civil servants were put under pressure to bring in as much money as possible, resulting in 90,000 penalties being issued in the 2021/22 tax year – up from 49,700 from the previous year.

According to experts, HMRC are cracking down on mistakes to make up for the tax gap and pandemic schemes such as the furlough scheme.

Several fines were issued for careless mistakes on self-assessment returns filed during the lockdown. Some fines were also issued due to incorrect calculations due to not having physical receipts.

Many landlords opted to complete their return themselves rather than use an accountant during the last tax year. If you have a complex tax situation, it is always beneficial to seek advice from an accountant or professional. Please contact us if you received a penalty and would like us to take a look at your options.

As you may have heard, the Bank of England raised interest rates for the 5th time this year to 1.75% from 1.25%. This is the highest jump in 27 years. Let’s take a look at what this means for homeowners.

Although this comes at a time of rising energy bills and overall cost of living, it’s important to remember that interest rates have been at a historic low recently. There is still affordable lending available compared to what lenders were offering 10 years ago.

Property landlords have traditionally been seen as one of the groups that benefit from inflation. This is because, as prices rise, the value of their property increases along with it.

Rents have also increased dramatically over the past few years, and they’re now averaging more than £1,000 per month.

It may be worthwhile to shop around and see if you can get a better mortgage offer – there are several good deals on the market.

Just keep in mind that the more of your mortgage that you currently have paid off, the better deal you should be able to find. However, if you’re on a fixed rate mortgage and decide to switch to a different rate, you may have an early repayment charge payable.

Want to look into your options? Feel free to contact us if you’d like to discuss this further. We’re here to help!

The latest news on house prices

Despite recent increases of the base rate, UK house prices have been rising at an alarming rate. In fact, the average UK house now costs £369,968.

The size of the home has a huge impact on the rate of growth. According to Halifax, the price for a detached home increased by 15.1% year-on-year, whereas flats increased by just 7.7%.

This can be good news for existing homeowners who are seeing the value of their property increase, but it’s certainly bad news for potential first-time buyers.

The question is, how long can this continue? With house prices now at record highs, some experts are predicting a crash in the near future. So if you’re thinking about selling up, it might be worth doing it sooner rather than later. Another option would be to consider a buy-to-let, as rents have also soared in recent years.

Similar to the weather, it’s difficult to predict how the property market will change going forward. However, reports from Halifax have stated that house prices fell by 0.1% in July 2022 – their first drop in over a year. We’ll keep you updated on any developments.